Electric Man is the main protagonist in Electricman 2. There is no lore or backstory on how he got the electric field around him, but it seems to boost all of his abilities to superhuman levels.

Electric Man is a black stickman with a body surrounded by pure electricity. At the beginning of the game, you can decide what color you want the electricity to be (yellow, green, orange, white, blue, or turquoise).

By default, Electric Man has the following moves:

These moves require you to have a charged battery.

These moves require you to have a running start. 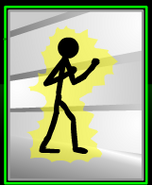 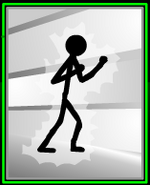 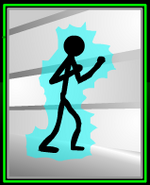